“You can’t shoot cannons from a canoe”. 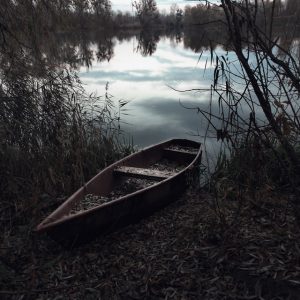 n analogy that I heard many years ago and have applied to training, working out, and the human body ever since.

No matter what your goal is (i.e. powerlifting, bodybuilding, marathon running, athletic competition, being able to “human better”, etc.) this saying will always hold true. You have to build a solid base/frame before you can build anything else, ie. a solid warship to mount your cannons on.

Let’s pretend you are a naval commander gearing up for battle. Instead of spending time on building a sturdy warship to sail into the impending battle, you decide to spend all your time (and resources) on building cannons and catapults to slay the enemy.…

Well, The day of battle has finally arrived, but when you try to load up said enemy-killing cannons & catapults you realized quickly that you have nothing to mount them upon. So, instead of finding a sturdy warship, you throw them on the closest floating apparatus you can find; a canoe. 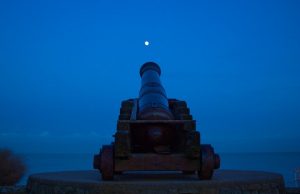 You row your newly war-ready canoe straight into battle with the uttermost confidence. You can see that your arsenal of cannons and catapults is tenfold compare to the enemy. Victory is upon you!

You load the first cannon and catapult. You take aim.…

You get one good shot but in the process of shooting-off your arsenal, you sink your canoe. So, you and the rest of your armanda somberly drift to the bottom of the bay, instantly losing the battle. Oh how the tables have turned.

The canoe couldn’t support the cannons or catapults. and upon first use; the stress from firing sunk the small and ill-equipped canoe. Although it may be a strange example to apply to working out, it makes perfect sense. Trust and stay with me here…

So, let’s now connect this analogy to the human body and programming workouts.

More often than not people go to the gym and spend hours building cannons. Yet, they never put the effort into first building the warship. We get wrapped up in having the biggest arms, the narrowest waist, the largest pecs, etc., etc., by using things like Smith machines, leg extensions, BOSU balls, seated bicep curls and other cannon building exercises/tools.
Don’t get me wrong, all these tools and exercises have their place and time, but first thing’s first. We need to build our frame/base/warship. To do this effectively, you should start by using large “open-chained” movements and free weights that are going to recruit the neighboring muscles. This recruitment of neighboring muscles is known as the law of irradiation.

I am not here to knock the Smith machine because as I said, they do have their place and time; i.e. bodybuilding and rehab. However even a good bodybuilder knows that it’s used as an accessory or auxiliary movement, not as a primary. Every physical therapist should know that a Smith machine squat is not the end-all goal, only a stepping stone to rebuild that warship.

Everyone has their own opinion on how to get strong, program workouts, etc. but at the end of the day it comes down to adding an external load to the body then controlling/moving that load; not letting that external force control you. When we use machines that help stabilize, half the work is already being done for you. You no longer have to stabilize weight, or recruit as many muscles to help move said weight, which may be the goal in certain situations (i.e. when trying to isolate a body part) but it is not idea when talking about performance.

In short, if you want a body that looks good but performs better, then you need to think about a strong and sturdy base by squatting, carrying and moving heavy things FIRST. Also, make sure that these heavy things are not attached to a machine, cable, pulley system etc.

And always remember that you can’t shoot cannons off of a canoe.